The outbreak of a monkey raises fears of stigmatizing homosexuals

When mysterious cases of a rare and terrifyingly named virus began to emerge in Europe, Germany’s center for disease control quickly alerted people.

In commemoration of May 19, the agency listed the symptoms of monkeypox: fever, pain, rash. Then, in further comments that ring a different alarm bell, the bulletin sharply warns men who have sex with men to “seek immediate medical attention” if they detect signs of illness.

The separation has fueled fears that gay and bisexual men, who appear to be the cause of most cases of monkeypox in Europe so far, are again in danger of being branded as carriers of an exotic and frightening disease, just as they were during AIDS. crisis.

Nearly 200 confirmed cases of monkeypox have been reported in more than 20 countries outside Africa, where the virus is most prevalent – ​​including the first possible case in California, in Sacramento County, earlier this week. Although health officials are keeping a close eye on the outbreak, the caseload is minuscule compared to the 528 million coronavirus infections from the COVID-19 pandemic.

But when reports of the disease made headlines, along with suggestions that its spread could be linked to a huge gay pride event in Spain’s Canary Islands, off the coast of Africa, some LGBTQ people and organizations braced for a backlash.

Here in Germany, where the Nazi regime once sent homosexuals to concentration camps, officials say there have been comments online demonizing the gay community, with some calling the virus “gay smallpox.” A piece of graffiti painted inside a Berlin train reads: “HIV and monkeypox = a gift to gays.”

The country has recorded five cases of monkeypox so far. Much larger numbers of infections have emerged in other countries on the continent, including Spain, Portugal and Belgium. The UK has more than 100 confirmed cases.

The bulletin issued by the Robert Koch Institute, Germany’s center for disease control, has been recalled, although the institute declined to state why. Some critics say the damage is already done.

“It’s important to pay more attention [to his illness], yes, but it’s a mistake to oversimplify, and, more than anything else, it’s absolutely wrong to blame anything,” Tobias Oliveira Weismantel, managing director of the Munich AIDS Hilfe support group, said. in an interview. “It’s misguided to attribute it to a certain group.”

A columnist for Berlin’s Der Tagesspiegel newspaper was more outspoken. The institute’s warning contains “only one sentence directly addressed to one group,” said columnist Ingo Bach. “For some, the message quickly became clear: ‘Only gays get this.’ The threat of stigmatization is strong.”

German Health Minister Karl Lauterbach spoke about monkeypox at a press conference in Bremen on Tuesday.

On Tuesday, German Health Minister Karl Lauterbach tried to clear up misconceptions about the outbreak, telling a news conference in Berlin that it was not the start of a new pandemic and that monkeypox was not a disease only afflicting gay and bisexual men.

“It’s true that certain homosexual men – for example, sex workers – are now more affected,” said Lauterbach, who has been criticized for previously selecting men who had “anonymous sex” as most at risk. “But the pathogen … can spread to all genders, to children, to adults and adolescents.”

The virus, first discovered in 1958 in monkey colonies kept for research and in humans in 1970, is spread through close contact with an infected person, including but not limited to sex. Shared clothing or bedding can also cause transmission, as can, potentially, respiratory droplets.

Most patients recover from the disease on their own, without hospitalization, within two to four weeks of the onset of symptoms. The World Health Organization says that, historically, up to 11% of people with monkeypox have died from it, with rates even higher among children. No deaths have been reported among the current cases.

A German government report to lawmakers this week said the four confirmed cases in Germany were linked to exposure “at party events including in Gran Canaria and in Berlin, where sexual activity took place.”

Lauterbach’s comments about the outbreak reflect the position of health officials that it is often difficult to warn populations they think are particularly vulnerable to disease without at the same time demonizing them.

“It is very important to avoid panic and stigmatization,” said Markus Ulrich, spokesman for the German Lesbian and Gay Federation. “But that is precisely what many gay men are seeing now in the language of the minister of health and the Robert Koch Institute. They need to see how they communicate this. They need to enlighten without stigmatizing anyone.”

Get our free Coronavirus Today newsletter

Sign up for the latest news, best stories, and what they mean to you, plus answers to your questions.

You may occasionally receive promotional content from the Los Angeles Times.

In the US, the Infectious Diseases Society of America and HIV Medicine Assn. issued a joint statement Thursday condemning the “use of racist and homophobic language” in connection with the monkeypox outbreak.

“As we have repeatedly learned with HIV, drug use disorders, COVID-19 and other diseases, the stigmatization of language that blames certain communities undermines disease responses and keeps those in need of treatment from seeking it,” the statement said, adding: “Monkeypox spread through close physical contact, and no one community is biologically more at risk than another. Viruses do not recognize global boundaries or social networks. Stigma has no place in medicine or public health.”

Janosch Dahmen, a leader and medical expert for the Green party in Germany’s parliament, said it was a mistake to focus on a specific group in guidelines on monkeypox.

“We must communicate more clearly that heterosexual contact can also lead to transmission of monkeypox,” said Dahmen.

Crowds gathered in Berlin for the city’s Gay Pride parade in 2017. The German capital is home to a thriving LGBTQ scene.

Caution in sending important messages in a country that has long been a bastion of bad intolerance for LGBTQ people. Sex between men has been criminalized since the founding of modern Germany in 1871, in a part of the legal code known as Paragraph 175.

The Nazis vigorously persecuted gay men, sending 5,000 to 15,000 to concentration camps, where they were forced to wear pink triangles as part of the camp’s prisoner classification system. Even after World War II, more than 50,000 men were prosecuted for gay sex under Paragraph 175, which was not repealed until 1994.

The sentence was overturned by parliament in 2017. That same year, Germany legalized same-sex marriage, one of the last major Western and Central European countries to do so (civil unions, but not “marriages”, were already allowed).

Cities like Berlin and Cologne are now home to a lively gay scene and grand pride celebrations. The capital has had a popular gay mayor, Klaus Wowereit, and former Chancellor Angela Merkel appointed Germany’s first gay foreign minister, Guido Westerwelle, in 2009. Under current Chancellor Olaf Scholz, the federal government now offers “a commissioner for the acceptance of sexual diversity and gender.”

Nonetheless, some fear that the spread of monkeypox could be armed by a homophobic segment of society.

“The question is whether homosexual and bisexual men will once again have some sort of ‘igitt’ [‘yuck’] label attached to them that will somehow demean them as in the 1980s with AIDS, wrote Bach, the newspaper columnist.

“There is a fear that certain groups will see this as a welcome opportunity to say, ‘Look, homosexuals have brought us a new disease,'” added Weismantel of the Munich AIDS support group. “We’ve seen a lot of that on social media. Such a thing is especially dangerous in less tolerant countries. …

“I really hope there won’t be any stigmatization, and believe that our society is advanced and better informed today.”

Who was the first Lgbtq superhero?

As the first major gay character created by Marvel Comics, Northstar generated significant publicity in mainstream media, and Alpha Flight #106 sold out within a week, even though the series was not a very popular title. On the same subject : Anti-gay rights groups win millions as states debate anti-LGBTQ laws. It is the only comic book issue to have been inducted into the Gaylactic Hall of Fame.

Who was the first Lgbtq Disney character? 3. ‘Exclusively Gay Moment:’ LeFou’s first in ‘Beauty and the Beast’ (2017) When this live-action remake came out, Disney named LeFou (played by Josh Gad) their first gay character and even said that he had been a â€ €œgay exclusive momentsâ€ in the film.

Which superheroes are Lgbtq?

Here are 10 LGBTQ comic book superheroes! On the same subject : Magic Johnson on learning to accept his gay son: ‘He changed me’.

Why is studying LGBTQ important?

While LGBTQ+ studies and related fields focus on the LGBTQ+ experience, the overall message is that everyone has a sexual and gendered experience. To see also : Her roommate has been charged with the murder of a gay advocate in Florida. Including LGBTQ+ studies in your educational journey can help you think more deeply about your sense of self and your relationships with others.

Why should schools support LGBTQ? The AFT points out that school-based extracurricular groups have “the potential to shape the school climate, address inequality, and influence student performance.” LGBTQ student organizations show great promise in “reducing discrimination against LGBTQ students, promoting their well-being, and promoting security and assertiveness…

Why is it important to study about LGBTQ?

Why are LGBTQ support groups important?

The benefits of group membership include meeting and being with others like them; have mentor relationships with other gay, lesbian, and bisexual people; and learn about issues related to homosexuality, all of which can have a positive impact on identity formation.

What is the study of LGBTQ?

Why do we need to study LGBTQ?

While LGBTQ studies and related fields focus on the LGBTQ experience, the overall message is that everyone has a sexual and gendered experience. Including LGBTQ studies in your educational journey can help you think more deeply about your sense of self and your relationships with others. 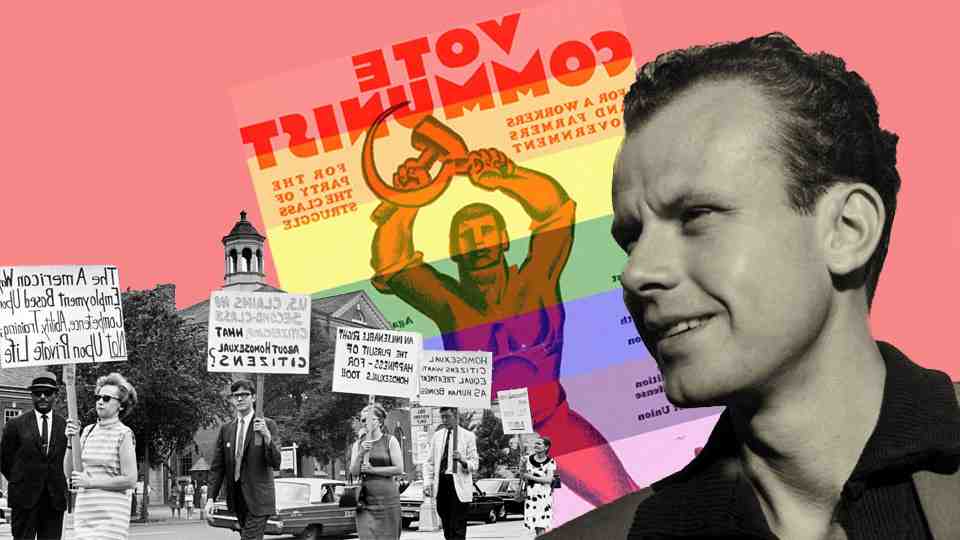 Read also :
Some Republicans fear the party’s extremes on abortion, gay rights
Republicans in Congress this month blocked legislation that would protect the ability…

How can social workers help LGBT?

Through affirmative therapy that validates the identity and experiences of LGBTQ individuals, social workers can help reduce peer and family rejection, relieve stigma and combat feelings of isolation, providing them with a reliable source of support.

How do you provide culturally competent care to LGBTQ patients? There are several ways providers can welcome members of the LGBTQ community, such as: 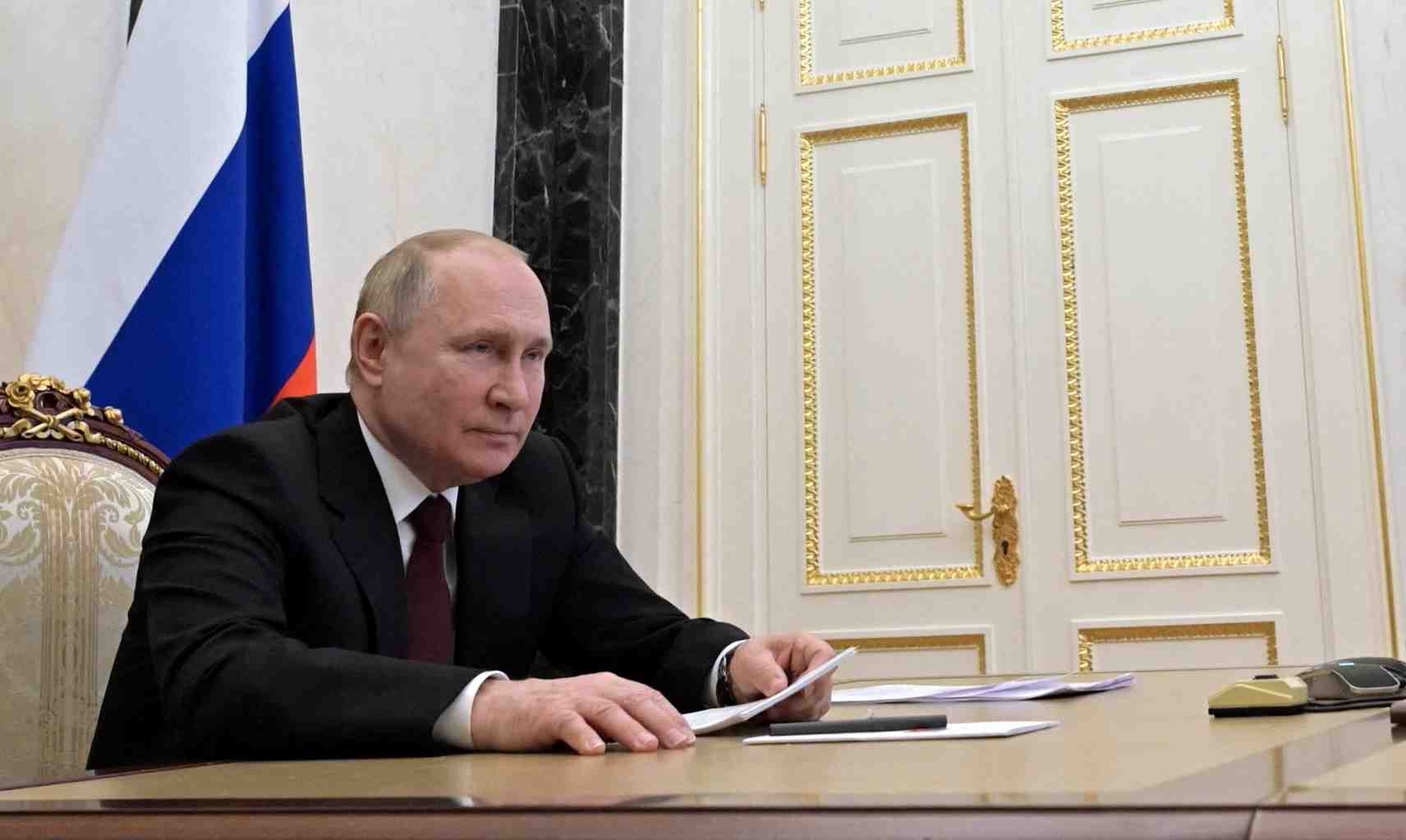