As a subscriber, you have 10 gift items to give each month. Anyone can read what you share.

Re “When Gay and Religious Freedoms Clash,” by Tish Harrison Warren (Opinion, Dec. 5), about the Supreme Court case involving a web designer who doesn’t want to design websites for same-sex weddings because of his religious beliefs:

Mrs. Warren states that a distinction must be made between general discrimination against a group and refusing to participate in an action one finds immoral.

The designer states that she would not refuse to create a website for a gay person; she simply does not want her services used for an event she is morally opposed to.

But where do we draw the line? Can a dry cleaner accept an L.G.B.T.Q. person’s business but refuses to clean a tuxedo that they want to wear to a “gay” wedding? Will your hairstylist choose not to style your hair when preparing for a “gay” event?

As a heterosexually married former Catholic priest, I have had the pleasure – in a different capacity – officiating at dozens of same-sex weddings. Some of my clerical colleagues have rebuked me, some supported me and some even secretly cooperated in the ceremony.

Still, I think it’s hard to insist that a web designer must accept every request to create a website for something that goes against his or her conscience. Certainly, if she were asked to create one for a white supremacist group or to endorse some kind of questionable political stance, most of us liberals would have no problem saying she shouldn’t have to. I don’t see how this is any different, even if I disagree with her beliefs.

There are certainly many competent business owners who support or at least respect a given customer’s choice. Not all service providers seem to have to accept every request that comes their way.

I would tell my friends who face such objections to shake the dust off their feet and choose another web designer who respects their choice and loving commitment!

Tish Harrison Warren’s defense of the website designer who wants to discriminate against same-sex couples is distasteful.

Although Colorado’s public spaces law includes both race and sexual orientation as protected classes, Warren insists that discrimination against same-sex couples must be allowed under religious freedom because Scripture condemns homosexuality.

Yes, the Bible declares same-sex sexual intercourse “an abomination,” and instructs: “They shall surely be put to death; their blood shall be upon them” (Leviticus 18:22; 20:13). Paul happily repeats that people with a same-sex orientation are “worthy of death” (Rom 1:26-32). This is nothing for Mrs. Warren to brag about.

But then Ms. Warren claims that civil rights laws against racism are OK because they don’t violate religious laws. Yet both the Old and New Testaments promote slavery, including allowing the rape, beating, and torture of slaves. Such passages were incessantly proclaimed to sanctify chattel slavery in this nation. Although Ms. Warren denies the Bible’s role in slavery, by her logic slavery would be a religious right.

Instead of condemning the Bible’s barbaric homophobia, Warren falsely argues that American civil law and citizens should be subject to her cherry-picked Bronze Age morality.

Annie Laurie GaylorMadison, Wis. The author is co-president of the Freedom From Religion Foundation.

Tish Harrison Warren’s advocacy of allowing business owners to refuse to provide services based on their professed religious beliefs is an invitation to egregious discrimination carried out behind a veneer of “pluralism.”

A relatively small percentage of Christians continue to oppose interracial marriage, relying on vague biblical language and interpretive texts. The Talmud and resulting Jewish laws for many centuries declare marriages between Jews and non-Jews to be both forbidden and void under Jewish law.

Should we allow business owners to refuse service not only to gay couples, but also to interracial and interfaith couples? Should the owner of a bed-and-breakfast operating out of the owner’s home be permitted to ban such couples from staying under their roof, based on religious objections?

And what if the claimed religious belief is just a pretext for discrimination, and who would make such a decision?

If the web designer from Colorado had refused to create websites for divorced people, on the grounds that Jesus specifically condemned divorce in Matthew 5:31-32, would the Supreme Court even hear this case?

The Supreme Court arguments on Monday were supposed to be about speech, not religion. Nonsense. At one telling point, Justice Samuel Alito asked the lawyer, “Do you think it’s fair to equate opposition to same-sex marriage with opposition to interracial marriage?” From the conversation, his own answer emerged clearly: Religious objections to same-sex marriage are “honorable,” while objections to interracial marriage are not.

In the infamous Dred Scott decision of 1857, Chief Justice Roger Taney wrote that African Americans “had no rights which the white man was bound to respect.” Fast forward 165 years, and Justice Alito’s message is clear: L.G.B.T.Q. people have no rights that conservative religious people are bound to respect.

James H. StarkHartford, Conn. The author is professor emeritus at the University of Connecticut School of Law.

Why No Gun Control Laws?

Regarding “As shootings continue, ‘the votes aren’t there’ for a gun control bill” (news article, December 4) and the disheartening subhead, “Any new limits likely to have to wait two years for Congress”:

Are we really helpless to stop the incessant mass shootings in America? Why aren’t the votes there for gun control? Who is really voting against the will of the American people? Shouldn’t these congressmen be called out for their intransigence in the face of such wholesale slaughter? To see also : Ron DeSantis’s “Don’t Say Gay” Political Bill.

The mass killings will continue until the country at least minimizes the firepower available for these tragedies, but nothing can change until either the minds or the members of Congress who continually block gun control measures change.

For every mass murder, the newspapers should start publishing the gun control voting record of the politicians in the state affected by today’s massacre. Would such an act really be journalistic too political for the sake of our children?

The demonstrations for democracy and against Covid restrictions in China, and the huge protests for women’s rights and democratic freedoms in Iran, indicate that democratic values ​​are on the way. On the same subject : Asking gay men to be careful is not homophobia.

The victory of democratic forces in the Brazilian election and the better-than-expected showing of democrats in our own point to the same conclusion: the appeal to democratic values ​​remains robust and is a powerful antidote to authoritarianism.

Resistance to authoritarianism takes many forms: Voters vote, citizens demand rights in the face of brutal actions, and in Ukraine people stand against invasion. But it’s all part of the pro-democracy movement around the world.

See the article :
Owner of popular New York gay bar Motel 23 faces sexual misconduct allegations dating back a decade
And in 2021, a man who was under 21 at the time…

Asking which state(s) will go first in primary voting is the wrong question. Instead, we should ask: Why aren’t all state primaries on the same day? That would avoid the farce of candidates targeting local interests, only to reverse their positions (or “pivot”) when they move on to the next state. To have honest candidates, we should have an honest process.

These are candidates for national office. There should be national election rules and a national primary day. 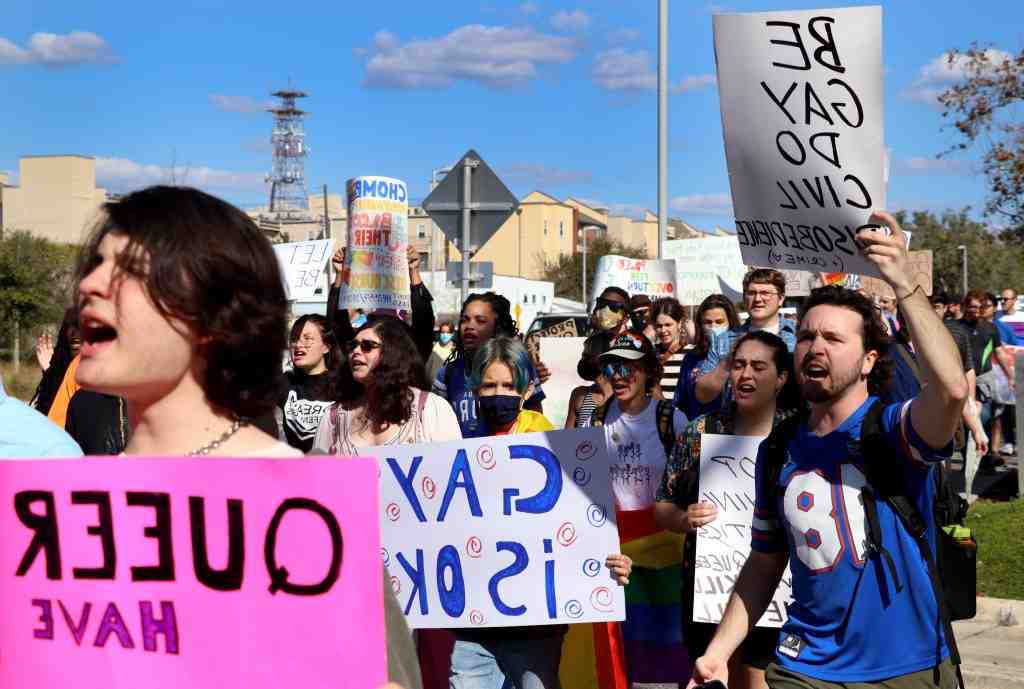 Is Palm Springs hot in February?

Is Palm Springs a horror?