Washington Duarte was the first gay man to leave his MMA career in Brazil, and he hopes to encourage others to follow in his footsteps in the future.

A fighter from the Brazilian Laranjal do Jari, “Golden Princess” will return for the first time from the COVID-19 pandemic. With Duarte hoping to defend his Macaco Fighter title against Rodrigo “Bad Boy” on Saturday in his hometown, Duart hopes to begin his career in 2022, especially after airing a story about the popular Brazilian TV show Fantastico.

“Now I’m getting more chances,” said Duart, whose true MMA record is 30-3 and says websites like Sherdog and Tapology have lost most of those victories. “I have my own gym where I teach muay Thai and boxing, I have my students, but all I wanted was to be a full-time fighter. It’s time to dump her and move on. “

Duarte is not the first gay MMA fighter to come out as a gay man in Brazil. In 2013, six years after his last fight, Jefferson Silva IVC and former King of the Cage fighters reported on social media that she was married to a man.

With more than a decade of experience in MMA, Duart said he has always been a homosexual fighter at his home in Amapa, led by veteran UFC veteran and coach Tiago Trator.

“Tiago said he had never seen a gay fighter go anywhere, and I always point out that there are a lot of gays out there [in MMA], but they don’t have the courage to get out. I knew that one day the opportunity would come. And think about it, there’s no [MMA fighter] to cheer on the LGBT community. No one represents them in a fight. I told him I would do that, I want that LGBT flag. ”

Duart said the MMA world is “very” homophobic, and he has experienced a variety of situations when straight men simply refused to fight or train with him.

“There will always be people talking nonsense about you on your back, but everywhere I went I was always respected, especially because I go hard in training,” he said. “Some people, including straight men, don’t like to train with me because I’m strong.

In fact, Duart said that a local fighter left Laranjal do Jari and never returned after being expelled from MMA in a fight many years ago.

“I spoke to a member of his family, and he confirmed that he had left because of that,” Duart said. “I thought it was a joke, that he had already planned a trip or whatever, but then he confirmed to me that he was too embarrassed to lose against a gay man.”

“I’m getting a lot of support messages and people are thanking me, saying they’re feeling replaced now,” he continued. “We need nothing more than respect. We don’t go to the gym for jokes. We leave intimacy behind closed doors. If you practice jiu-jitsu and see your wife shooting with a man and reaching certain positions, are you angry? Why would it affect a gay man to train with a boy?

“People I know tell me that they are afraid to go out and see how others might react. You don’t have to be afraid of who you are. You pay your bills, you’re the one who puts them to work. Our sexuality has nothing to do with it. ”

While MMA is statistically safer than boxing, there are martial arts and sports that carry their own risks. Better safety rules are being put in place in both sports, but there is still a lot of work to be done. Here is a list of steps each sport can take to improve safety.

Is boxing worse than UFC?

Mixed martial arts have a reputation for being one of the wildest and bloodiest of all contact sports, but the reality is that boxing has a higher risk of serious injury, according to new research from the University of Alberta. See the article : FAS Holds Information Session on Changes in Ownership Review Process, Says Gay | News.

Is it harder than UFC boxing? Mixed martial arts, especially the UFC, is a tougher sport than boxing, according to Wladimir Klitschko. Klitschko told Business Insider that it was harder to prevail in the UFC because the competition was so fierce.

Is UFC better than boxing?

Even though boxing has horrible knockouts, it’s not the only thing that makes fighting someone really beautiful: submissions. On the same subject : ‘Hurtful and abusive’: Florida teachers react to ‘don’t say gay’ law. As part of the sport of submission, the UFC provides champions with a variety of ways to win and injure rivals.

Is the UFC more popular than boxing?

With boxing being the most popular martial art for decades, is UFC more popular than boxing? MMA (UFC) is still not as popular as boxing. Among the 50 PPV sales ever, boxing has 25 seats, and the UFC has only 15. However, boxing audience rates have been stagnant against the rise in UFC numbers.

What pays more UFC or boxing?

Who is better UFC or boxing?

Is boxing more dangerous than UFC?

Research shows that MMA is statistically safer than boxing. See the article : What’s the Florida ‘Don’t Say Gay’ bill?. One of the most notable studies was conducted by researchers at the Sather Sports Medicine Clinic at the University of Alberta.

Is there more deaths in boxing or MMA?

But the question is, which sport is the safest? For me, I would consider MMA a safer sport. Considering the number of deaths in the ring, based on statistics, there is almost one death per year related to MMA … But with boxing, there are about 11 deaths a year.

Is boxing the most dangerous sport?

Statistically, boxing ranks 11th among the most dangerous sports in terms of injuries and deaths, under mountaineering, motor racing, horse racing, events, rugby and even swimming.

Is brain damage worse in boxing or MMA?

ALBANY, N.Y. – One-third of mixed martial arts games end in a knockout or technical knockout, according to a new study in the American Journal of Sports Medicine, which shows a higher incidence of brain trauma than boxing or other martial arts.

Can a UFC fighter beat a boxer?

In an unregulated fight or with MMA rules, an MMA fighter clearly wins when a boxer is at similar weights.

Who would win in a fight a boxer or a street fighter?

It’s anything to gain. A trained boxer will have a big advantage in any fight, but in street fighting, the traditional style of boxing is not as practical as it is unprotected and without gloves, anyone could have a hit.

Would a UFC fighter win a street fight?

But in the fight between MMA and Street Fighter – who wins? A mixed martial artist has a better chance of winning street fighting because of his increased rate of work and increased ability to learn dominant techniques that he would not know how to defend in a medium fight.

Are MMA fighters stronger than boxers?

Exit of the Real Punch Force The intensity of the actual punching force of a boxer is 10-35% higher than that of an MMA fighter. 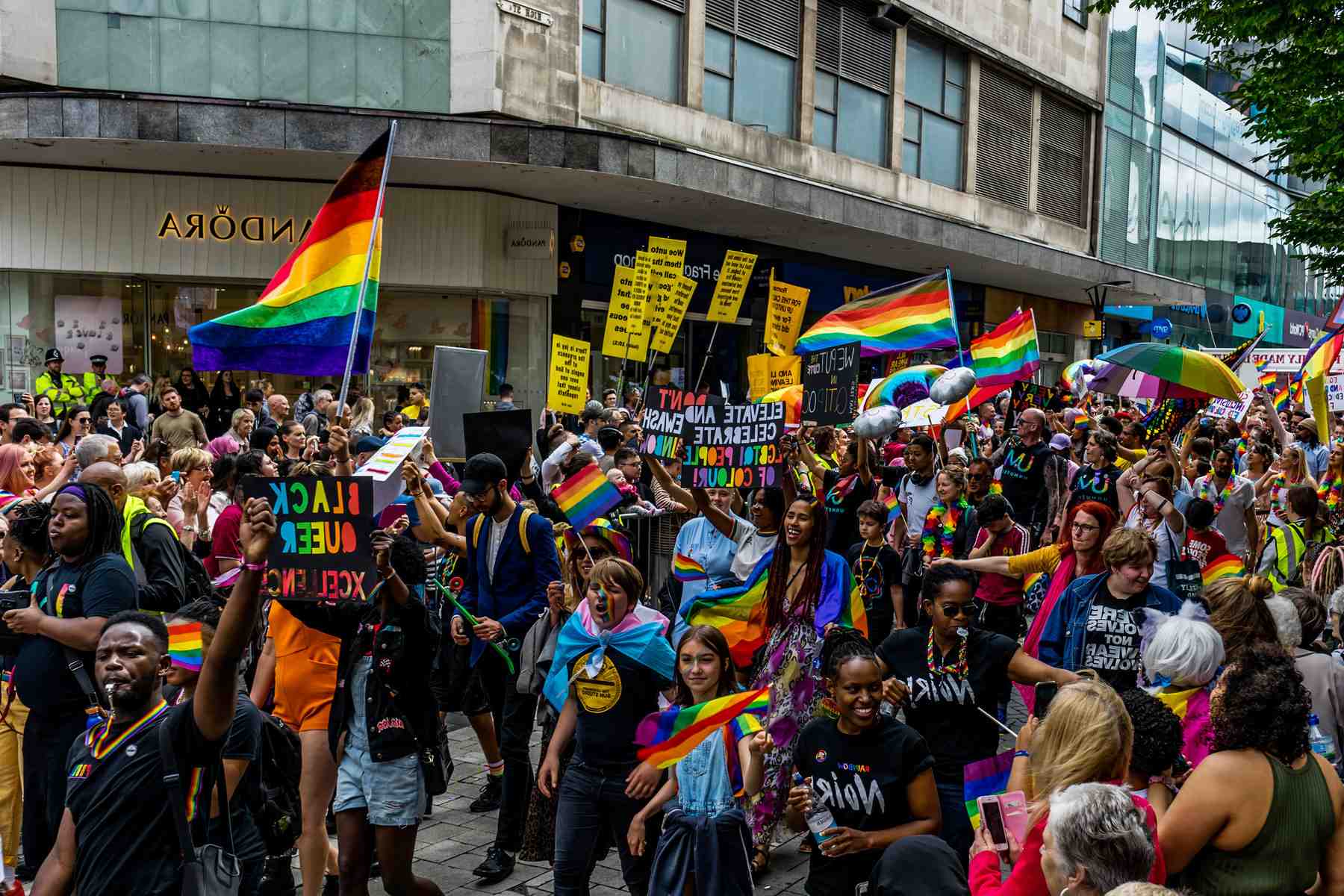 Is Rogan a millionaire? In 2020, Rogan received a $ 100 million multi-year license agreement with Spotify. Among other things, this agreement and its actors, comments and other projects have a net worth of $ 100 million, according to CelebrityNetWorth.

How is Joe Rogan so rich?

What is Joe Rogan’s annual salary?

Rogan’s performances on shows like Fear Factor and News Radio set the pace for his future efforts. It has annual revenues of between $ 5 million and $ 6 million.

How much money does Joe Rogan make per podcast?

Rogan is famous for hosting his podcast, The Joe Rogan Experience. He earns about $ 100,000 per section.

Is Joe Rogan a millionaire? As of 2021, Joe Rogan’s net worth is around $ 100 million, making him one of the richest comedians in the world. Joe Rogan is an American comedian, color martial arts commentator and podcast compiler …. Net Worth: $ 100 million Last Updated: 20214 more rowsâ € ¢ January 10, 2021.

How much does Joe Rogan make per pay per view?

What is Joe Rogan’s net value?

What is Joe Rogan’s annual salary?

Rogan’s performances on shows like Fear Factor and News Radio set the pace for his future efforts. It has annual revenues of between $ 5 million and $ 6 million.

Is Joe Rogan a millionaire? As of 2021, Joe Rogan’s net worth is around $ 100 million, making him one of the richest comedians in the world. Joe Rogan is an American comedian, color martial arts commentator and podcast compiler …. Net Worth: $ 100 million Last Updated: 20214 more rowsâ € ¢ January 10, 2021.

Who has been hit the most in UFC?

As of March 2022, Max Holloway has the record for the most attacks on the ground, which he managed to hit his opponent, landing 3056 throughout the UFC.

Which UFC fighter has been hit the most?

1. Rosi Sexton. Rosi Sexton suffered more damage than any other UFC rider in 2013, despite only fighting twice.

Who is the hardest hitting UFC fighter?

Francis Ngannou is the toughest athlete in UFC history, according to the Mixed Martial Arts Company. The heavyweight champion held on to his title while showing off his striking secondary skills on Saturday, such as his fighting skills, while challenging Ciryl Gane to hold off in a five-round fight.

Who has absorbed the most strikes in UFC history?

Speaking to the press after the event, UFC President Dana White stated (via MMA Weekly) that “Roy Nelson broke the UFC record tonight: 437 significant strikes without being expelled.”

What UFC fighter has the most finishes?

1. Vincente Luque, 13 years old. This US-born wrestling artist is currently struggling with welterweight and was born on November 27, 1991 in Westwood, New Jersey. He currently holds the record for 13 finishes, which puts his name on the list of fighters who have achieved the most finishes in UFC history. 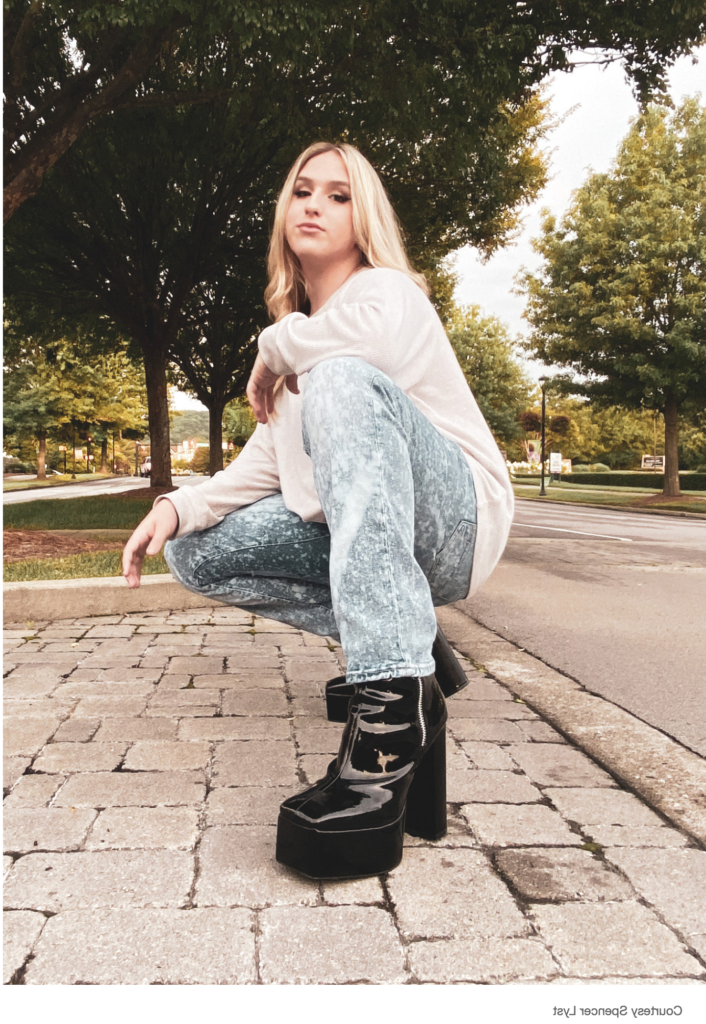 See the article :
Do not say gay, such bills leave young LGBTQ in fear, isolated
As legislation targeting discussions about sex, gender identity and LGBTQ issues in…

How much is MMA fighter Nick Diaz worth?

How does Nick Diaz make money?

Nick Diaz is an American martial artist and promoter. He is also a former welterweight champion at Strikeforc and World Extreme Cagefighting (WEC). He began his MMA career in 2001 at the age of 18. He fought in Stockton, California.

How does Nate Diaz make money?

Nate Diaz’s Earnings Diaz’s UFC 202 fight earned him a staggering $ 2 million despite being on the side of the losers, and he was the biggest he ever won in a single fight. He has also earned a lot of money by winning the night bonus prizes 8 times and has the highest post-fight bonuses.

What does Nick Diaz do for work?

Are the Diaz brothers rich?

Along with his brother Nick, the Diaz brothers founded a CBD company, Game up Nutrition. He has also secured the support of Reebok. According to Celebrity Net Worth, Diaz has a net worth of $ 8 million.

How does Nick Diaz make money?

Nick Diaz is a mixed martial artist who has competed in UFC, Strikeforce, DREAM, EliteXC, PRIDE, World Extreme Cagefighting (WEC) and Shooto. He is a 37-year-old who started fighting when he was a teenager and did not stop until 2015. He is a long-term vegan and advocates for the legalization of cannabis.

Is Nick Diaz A Millionaire?

According to Celebrity Net Worth, Nick Diaz’s net worth in 2022 is $ 3 million. Nick earns $ 2 million through paid sales.

Christian Academy Louisville homework: Persuade friends not to be women

‘RHOA’ review: Drew’s assistant is said to be spreading homosexual rumors about her husband