A historic number of LGBTQ candidates will appear on ballots across the country in November. At least 1,095 lesbian, gay, bisexual, transgender and queer people have run or are still running for office at all levels this year, up from 1,006 in 2020, according to data from the LGBTQ Victory Fund.

In New York, two gay candidates – Democrat Robert Zimmerman and Republican George Santos – are running to fill the seat vacated by Democrat Tom Suozzi in New York’s 3rd Congressional District. This will be the first time in US history that two LGBTQ congressional candidates will go head to head in a general election.

President Joe Biden carried the district by 10 points in 2020, but the Cook Political Report considers the race competitive, albeit a Democratic one. It is one of 16 competitive races in which LGBTQ candidates appear, and which could decide control of the US House, according to the LGBTQ Victory Fund.

Although this race is certain to result in a victory for a gay candidate, the outcome of the election will help determine whether Democrats retain their slim majority in the House.

‘It was going to happen sooner of later’

The chance of a clash between two gay candidates has increased in recent years, as there has been an increase in the number of LGBTQ candidates at all levels of government. This may interest you : Owner of popular New York gay bar Motel 23 faces sexual misconduct allegations dating back a decade.

“It was going to happen sooner or later,” said Donald Haider-Markel, a political science professor at the University of Kansas and author of “Out and Running: Gay and Lesbian Candidates, Elections and Policy Representation.” “The question was always to find an LGBTQ Republican who can get support in a primary.”

Historically, there have been relatively few Republican LGBTQ candidates, although he said Republican organizations like the Log Cabin Republicans have existed for a long time.

There are currently 11 openly LGBTQ people in Congress – two in the Senate and nine in the House – and they are all Democrats.

Santos, who hopes to turn the district red for his party, secured his party’s nomination in August for the second time. He ran against Suozzi in 2020 but lost in a general election.

Santos is the only openly LGBTQ Republican running for Congress this fall, according to the LGBTQ Victory Fund. If elected, he would be the first openly LGBTQ Republican elected to Congress. Two former GOP members of the House — Steve Gunderson of Wisconsin and Jim Kolbe of Arizona — won re-election as incumbents after coming out (or, in Gunderson’s case, being left out).

Santos said the historic nature of the race was “pretty amazing.”

“I think it shows that our country continues to be the basis for progress and building equity for all,” he told NBC News.

Zimmerman said it would be “extremely meaningful” to be the first LGBTQ member of Congress from Long Island and Queens.

“When I was a kid, you would never have imagined a member of the LGBTQ community as a member of Congress,” he said. “I never dreamed that would be possible.”

On the same subject :
‘We say merry’: Florida’s biggest Pride parade attracts hundreds of thousands
Florida has long served as ground zero for the fight for LGBTQ…

‘We are very different’

While Santos and Zimmerman agree that their election is historic, that’s about all the two men agree on. Read also : Gay Republican Group Blows Up Texas GOP “Fools” Over Anti-LGBT Platform.

“Although we may share a sexual orientation… we are very different,” Santos said. “Robert Zimmerman is with the party that caused the inflationary crisis.”

Santos emphasized the costs of climbing energy for some of his constituents. He also said he’s also running to fight “one-party rule in New York” that doesn’t allow for “diverse opinions” on how to address the rising cost of living in his district, although he said he ready to work with his area. Democratic colleagues to find solutions.

Zimmerman slammed Santos for his support of former President Donald Trump, who he said advocates a “homophobic, bigoted” agenda.

Zimmerman said Santos’ support for Trump extends to participating in the Jan. 6, 2021, “Stop the Steal” rally in Washington, D.C.

“He protected the rebels,” Zimmerman said.

In a February 2021 interview with Lara Trump, Santos said, “I was at the Ellipse on January 6. It was the most incredible crowd, and the president was in all his glory that day. It was a front row view for me.” The Ellipse, a 52-acre park south of the White House, was the location of the rally that preceded the attack on the Capitol building.

“I was never on the Capitol grounds on January 6. That’s a lie,” he said. “I came out very early to say it was a dark, dark day in our country and we needed a lot of healing after that.”

“I’m doing this race for New York District 3 and New Yorkers, while Zimmerman is doing this for Trump,” Santos said.

Bringing up Trump and January 6 could be a good move for Zimmerman, as it could help increase turnout among Democratic voters: According to a recent NBC News poll, “threats to democracy” now beat the cost of living as the main issue facing the country. among the voters.

“I think voters get it. I think people underestimate how concerned voters are about having democracy in the future,” Zimmerman said.

He also strongly criticized the anti-LGBTQ bills sponsored by Republicans in the states.

“I’ve been approached by so many parents of gay children,” Zimmerman said. “The ‘Don’t Say Gay’ bills have a chilling effect far beyond Florida’s borders,” he added, referring to Florida’s Parental Rights in Education law, which restricts classroom instruction on sexual orientation and gender identity. That bill is one of more than 340 anti-LGBTQ bills that Republican lawmakers have introduced this year, according to the Human Rights Campaign, the nation’s largest LGBTQ advocacy group.

“The Republican Party has made attacking LGBTQ people, especially trans children, part of their platform this year,” said Albert Fujii, press secretary for the LGBTQ Victory Fund. “It is central to their philosophy on governance. That’s too bad.”

The LGBTQ Victory Fund, dedicated to supporting and electing LGBTQ people to public office, has endorsed Zimmerman in the race.

Santos said that he does not see any contradiction between his identity and the politics of his party.

“As a lifelong Republican, I have never experienced discrimination in the Republican Party,” he said. “I am an openly gay candidate. I’m not shy.”

Abortion is another issue Zimmerman is pushing in November. Zimmerman, who supports abortion rights, said the Supreme Court’s recent decision to overturn Roe v. Wade is a big problem for voters in his area.

“I saw in my primary school — and it was really fueled by overturning Roe — an energy and activism and engagement that wasn’t there before,” he said. “It was a call to action for the Democrats.”

According to an NBC News poll last month, 58% of voters disapproved of the Supreme Court’s decision, compared to 38% who approved.

This week, Sen. Lindsey Graham, R-SC.C., unveiled federal legislation that, if passed, would ban abortion after 15 weeks. It’s unclear whether Graham will find much party support because the issue is likely to hurt them in competitive districts like New York’s 3rd.

In a September 2020 interview with The Island Now, a New York news website, Santos said, “I will vote to support an abortion ban in the United States.” However, he told NBC News that he would “never advocate a full ban.”

“There is no scenario on earth where we would advocate a full ban. The women of New York’s District 3 should not worry,” she said.

“Dobbs’ decision was a direct message to the LGBTQ community that ‘you’re next up,’ and they’re coming for us,” Zimmerman said.

As a result, House Democrats introduced the Respect for Marriage Act which seeks to codify same-sex marriage in federal legislation. The measure passed the Democratic-controlled House, but faces an uncertain future in the Senate, where it needs at least 10 Republican votes to pass.

This week, Senate leaders decided to postpone a vote on the bill until after the mid-term elections.

Santos, who is married, said he supported the legal codification of same-sex marriage but would not support a bill that forced religious institutions to go against their beliefs.

“I’m not for the state stepping over the church,” he said.

Forty-seven Republicans voted for the Respect for Marriage Act in the House, and Santos said “that shows that the Republican party is far from homophobic.”

With so many contentious issues at play, neither candidate expects gender identity to be a deciding factor in November.

“It’s not that we’re both gay,” Zimmerman said. “This is what is at stake nationally.”

CORRECTION (September 22, 2022, 9:15 a.m.): An earlier version of this article misspelled the first name of the person who interviewed Santos in February 2021. It’s Laura Trump, not Laura. 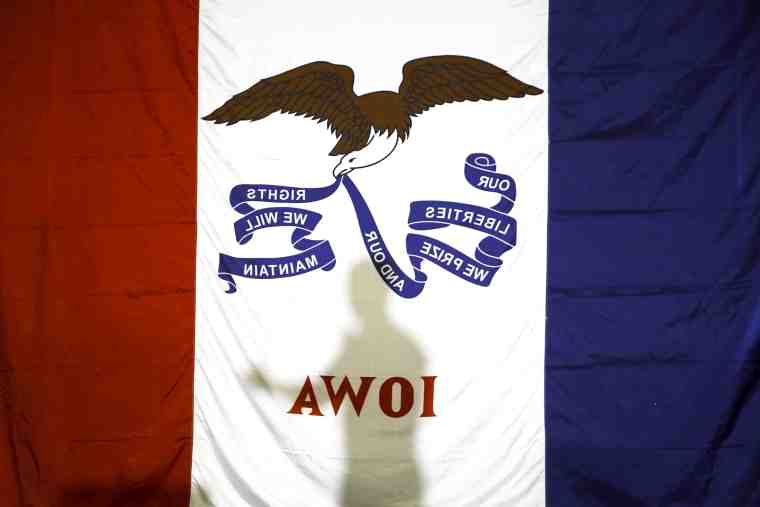 How far is Palm Springs from the ocean?

Why do people like to live in Palm Springs?