LGBT rights ‘deliberately undermined’, in some US states: UN expert

An independent UN human rights expert warned on Tuesday that the rights of lesbian, gay, bisexual, transgender and intersex (LGBT) people are being “deliberately undermined by some state governments in the United States”, and called for more action on its part. Biden administration to protect them.

While there, according to a press release issued by the Office of Human Rights, OHCHR, he met with officials from each state, members of civil society and others who shared their experiences.

He said those in the LGBT community, particularly people of color, continue to face significant inequality in health, education, employment and housing, as well as being disproportionately affected by violence.

Although significant measures have been adopted by the Biden administration to address these challenges, they remain “under a concerted attack.”

“I am deeply alarmed by a widespread, deeply negative riptide created by deliberate actions to roll back the human rights of LGBT people at the state level,” he said, noting that these include deeply discriminatory measures that seek to rebuild stigma against lesbians and gay people, limit comprehensive sexual and gender education for all, and access to gender-affirming treatment, sports and single-gender facilities for trans and gender-nonconforming people. This may interest you : The long, sordid history of gay conspiracy theory.

“The evidence shows that these actions invariably rely on prejudice and stigmatizing views of LGBT people, especially transgender children and youth, and seek to exploit their lives as props for political profit,” the independent expert said.

Mr. Madrigal-Borloz also met with authorities at a detention center holding asylum seekers and the San Ysidro port of entry on the border with Mexico, expressing concern that LGBT asylum seekers and refugees “continue to suffer the consequences of discriminatory frameworks enacted by the previous administration and not yet dismantled », according to the press release.

He noted that the United States had played a central role in the drafting and adoption of the Universal Declaration of Human Rights, “which has provided a compass toward a world in which all people see their dignity respected and live freely and equally.” 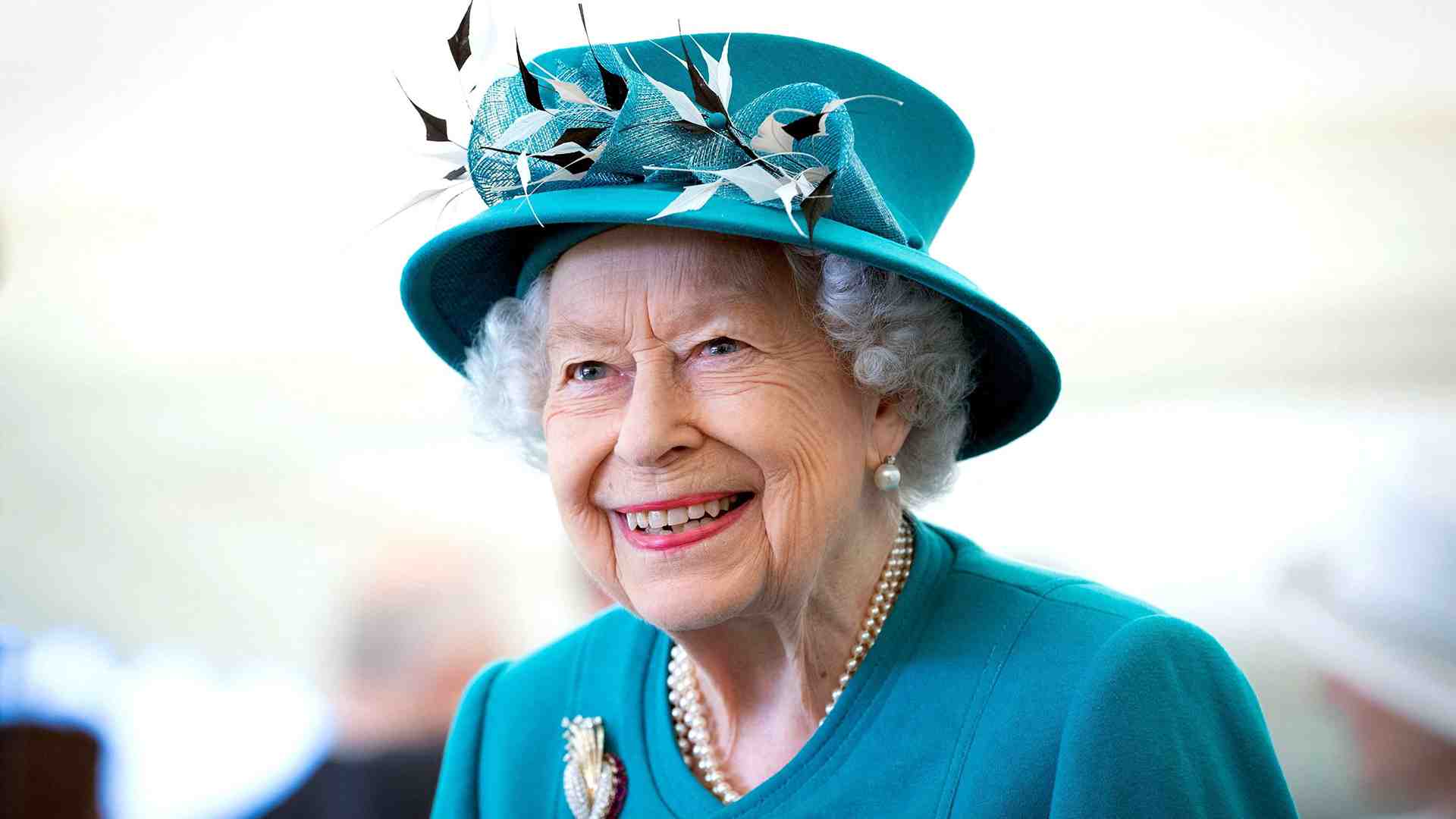 “The Biden-Harris administration has adopted strong and meaningful actions that are consistent with international human rights law, reveal a well-thought-out strategy created through participatory approaches, and provide significant capacity for their implementation. See the article : Florida Passes Bill To Repeal Disney Private Quarter Due To ‘Don’t Talk Gay’ Doubt. This is exactly the combination of values, knowledge and muscle that can drive social change.

“In light of a concerted attack to undermine these actions, I urge the administration to redouble its efforts to support the human rights of all LGBT people living under their jurisdiction and help them to safe waters,” he said.

Special Rapporteurs and independent experts are appointed by the Geneva-based UN Human Rights Council to investigate and report back on a specific human rights topic or country situation. The positions are honorary and the experts are not paid for their work. 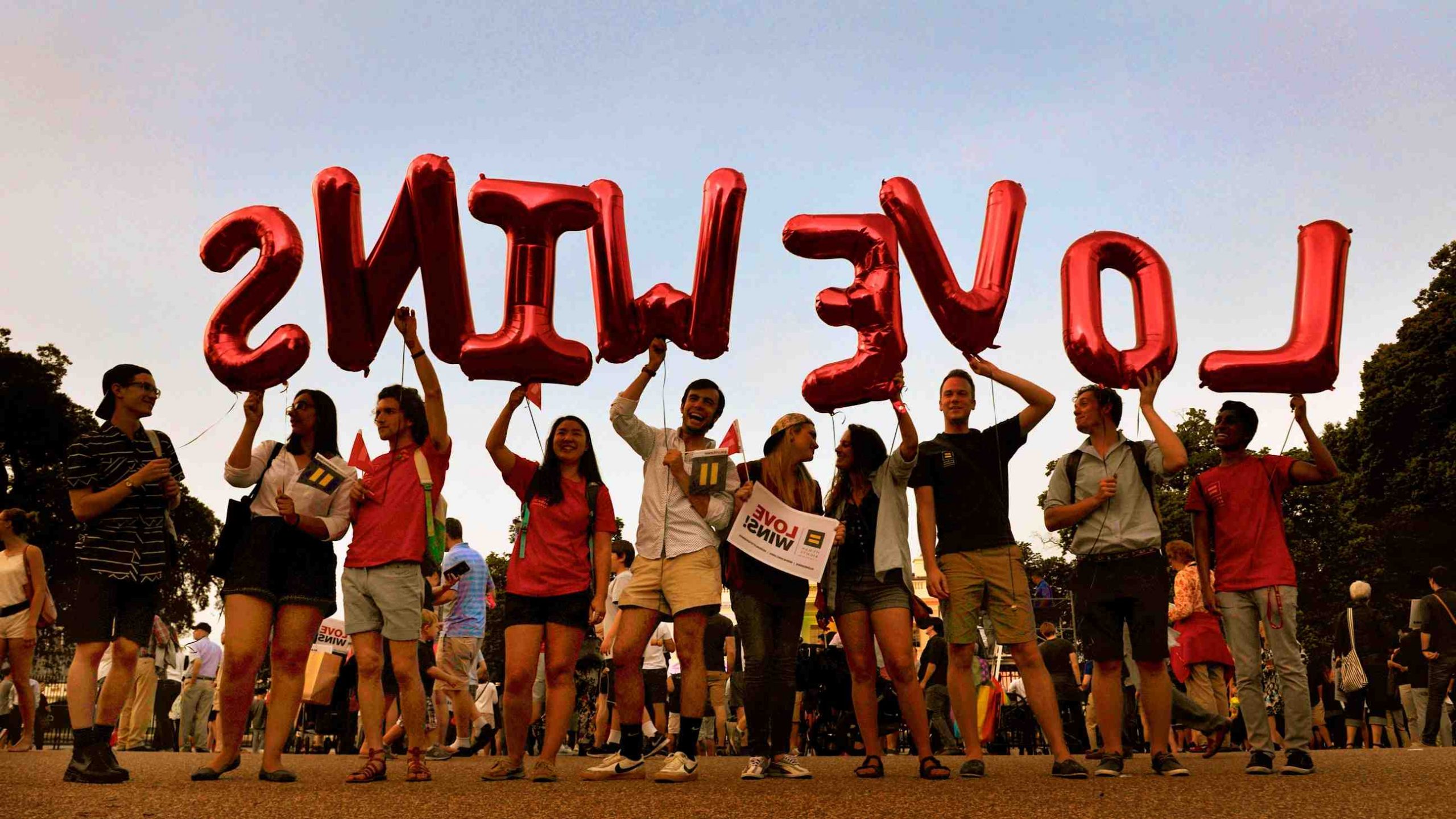 Read also :
After years of progress on gay rights, how did the US become anti LGBTQ +?
In 2019, the Atlantic passed an opinion piece entitled “The struggle for…

The United Nations agency working to end the AIDS pandemic, UNAIDS, on Tuesday welcomed a ruling in the St. To see also : Class President Fla. he said he could not talk about a homosexual using the metaphor of hair. Kitts and Nevis High Court that laws criminalizing gay sex are unconstitutional.

The landmark decision means the laws have been immediately removed from the Caribbean islands’ legal code, which remained in place after independence from Britain in 1983.

The court upheld the plaintiffs’ claim that §§ 56 and 57 of the Personal Offenses Act violated the right to privacy and freedom of expression.

“This landmark ruling is an important step forward in ensuring equality and dignity for lesbian, gay, bisexual and transgender people in St. Kitts and Nevis and the entire Caribbean,” said Luisa Cabal, UNAIDS Regional Director for Latin America and the Caribbean.

“Today, St. Kitts and Nevis joins a growing list of Caribbean nations that have overturned these colonial-era laws that deny people’s human rights and hold back the response to the HIV pandemic. Everyone benefits from decriminalization.”

Laws that criminalize consensual same-sex relationships, in addition to violating the human rights of LGBT people, are a significant obstacle to improving health outcomes, including in the HIV response, UNAIDS said.

Such laws simply perpetuate stigma and discrimination against LGBT people and are barriers to LGBT people seeking and receiving health care for fear of being punished or imprisoned.

Decriminalization saves and changes lives, the agency states in a press release.

What is the A+ in Lgbtqia+?

More recently, the Pride acronym has adopted several letters. Many sources now refer to the LGBTQIA community, which stands for lesbian, gay, bisexual, transgender, queer, intersex and asexual. While some of these words are often discussed, others may need further explanation.

What does this stand for LGBTQQIP2SAA? LGBTQQIP2SAA | An acronym for lesbian, gay, bisexual, transsexual, queer, queer, intersex, pansexual, two-spirit (2S), androgynous and asexual.

What is the meaning of Two-Spirit?

Two-spirit (also two-spirit, 2S or, sometimes, two-spirit) is a modern, pan-Indian umbrella term used by some indigenous North Americans to describe natives of their communities who fulfill a traditional third gender (or other sex). variant) ceremonial and social role in their cultures.

What does 2SLGBTQIA+ mean?

2SLGBTQIA is an acronym that stands for Two-Spirit, Lesbian, Gay, Bisexual, Transgender, Queer or Questioning, Intersex, Asexual and Other Sexual Orientations and Gender Identities.

Where did the term 2 spirit come from?

The creation of the term “two-spirit” is attributed to Elder Myra Laramee, who proposed its use during the third annual Inter-Tribal Conference of Native Americans, First Nations, Gay and Lesbian Americans, held in Winnipeg in 1990. term is a translation of the Anishinaabemowin term niizh manidoowag, two spirits.

What does the 2 in lgbtq2 mean?

Sep 19, 2019. Sexual orientations and gender identities that are not heterosexual or cisgender are often described with the abbreviation LGBTQ2S. LGBTQ2S is an acronym that stands for Lesbian, Gay, Bisexual, Transgender, Queer or Questioning and Two-Spirit.

What is 3rd gender called?

Often called transgender by outsiders, Indian society and most hijras consider themselves to be third gender—neither male nor female, not in transition.

What is the gender of 3? Third gender is a term in which individuals are categorized, either by themselves or by society, as neither male nor female. It is also a social category that is present in societies that recognize three or more genders.

What do we call 3rd gender in English?

noun. A category of people who do not identify as male or female, but rather as neither, both, or a combination of male and female genders. “as a result of this decision, people will be able to choose male, female or third gender on the form” “third gender people face harsher treatment”

How many LGBTQ flags are there?

Did you know that there are more than 20 different Pride flags?

What does the 2 mean in lgbtq2? Sep 19, 2019. Sexual orientations and gender identities that are not heterosexual or cisgender are often described with the abbreviation LGBTQ2S. LGBTQ2S is an acronym that stands for Lesbian, Gay, Bisexual, Transgender, Queer or Questioning and Two-Spirit.

What are all the flags in Lgbtqia+?

On our streets, in our parades, even on our clothes, the rainbow flag has become a worldwide symbol of LGBTQ pride. Yet few of us ask: Where did this flag come from? The first rainbow flag was created by Gilbert Baker, a prominent figure among gay political activists in San Francisco in the 1970s.

What do all of the pride flags mean?

It represents the diversity of gays and lesbians around the world. In the original eight-colour version, pink stood for sexuality, red for life, orange for healing, yellow for the sun, green for nature, turquoise for art, indigo for harmony and violet for spirit.

How many flags are there in Lgbtqia+?

This is the most colorful month of the year since LGBTQ pride was celebrated. The RAINBOW flag is widely used, but it is not the only flag that people in the community associate with it. Did you know that there are more than 20 different Pride flags?

What is the oldest Lgbtq flag?

It dates back to 1978, when artist Gilbert Baker, an openly gay man and a drag queen, designed the first rainbow flag. Baker later revealed that he was encouraged by Harvey Milk, one of the first openly gay elected officials in the United States, to create a symbol of pride for the gay community.

Who made the first LGBT flag?

The Pride flag was created in 1978 by gay designer and political activist Gilbert Baker. On our streets, in our parades, even on our clothes, the rainbow flag has become a worldwide symbol of LGBTQ pride.

Is Luca and Encanto connected?

Encanto Luca (also known as Luca Encanto) is a crossover between the two CGI animated films Encanto and Luca. Although this crossover is not very widespread, it still has several loyal fans.

Is Bruno from Encanto related to Luca? Both Encanto and Luca negatively use the name Bruno; However, this shared name between the two animated films could simply be a coincidence. The name “Bruno” was included in both Disney’s Encanto and Pixar’s Luca, and neither used it in a particularly positive way.

Which is better Luca or Encanto?

“Luca” has been just as well received by the public and critics as “Encanto”. Both “Encanto” and “Luca” currently have a 91% approval rating on Rotten Tomatoes, and “Luca” has a 7.5 rating on IMDb based on user votes, higher than the 7.3 “Encanto” has there.

Did Luca or Encanto come first?

Disney introduced us to a Bruno character not once, but twice, in two select films over the past year. First in the 2021 animated film Luca and then in Disney’s Encanto. I thought it was interesting that Disney would choose the same name for two characters in back to back movies.

Which is better Raya or Encanto?

Encanto offers a much more nuanced take on the themes, while Raya’s execution is more clumsy and heavy-handed. Encanto is about trauma, and how it can affect several generations in a family and how they treat each other.

Is it warm enough to swim in Palm Springs in December?

How long is trapped in the closet?