In a college football first, an HBCU player comes out as gay

A Hampton University football player has publicly come out as gay, a first for a football player at a historically black college or university, according to Outsports.com, an LGBTQ sports news site.

Byron Perkins, a Division I defensive back for the Hampton University Pirates, came out as gay in an Instagram story posted Wednesday.

“I decided to make a change and stop running away from myself. I’m gay, let it be known that this is not a ‘decision’ or a ‘choice.’ Yes, this is me, this is who I was, and this is who I will be,” Perkins wrote in the story, according to Outsports.com. (Instagram stories are only available for 24 hours, so Perkins’ original story is no longer visible).

While several Division I football players have come out as gay during their college careers — including College of Idaho’s Cy Hicks, Amherst College’s Avery Saffold and Kansas State’s Scott Frantz — Perkins is the first to do so at one of the 101 HBCUs in country, according to both Outsports and Perkins.

Perkins, a junior at his university, which is located in Hampton, Virginia, about 40 miles from the North Carolina border, told Outsports that his teammates’ reaction to his discovery was “very good,” but mixed. He said the coaches are supportive.

In an Instagram story on Wednesday, Perkins thanked friends and family who have supported him so far, even those he will “lose” after his release.

“You have all helped me in the process of building the young man I am today,” he wrote.

Perkins told Outsports that he would like to help other gay black men struggling with their sexuality.

“There wasn’t a single gay football athlete at an HBCU. I want to end the stigma of what people think. I want people to know that they can be themselves,” he said. “It’s about that kid who’s going to see this and think he can be who he is.”

Since Perkins’ announcement, users across the internet have shared their support for his bravery.

“I have to say this took a lot of guts, strength from Byron Perkins,” one Twitter user wrote, in part. “I’m sure the young man heard a lot of insults from his teammates, unaware that he was gay. So, well done, x 100,000.”

Another person wrote on Instagram: “Thank you and congratulations for being true to yourself and empowering other strong black men to do the same.”

“Congratulations. So much positivity in your future. Be authentic and be the best version of yourself on and off the field,” wrote another Instagram user.

Cyd Zeigler, co-founder of Outsports, noted that “so many of the ‘first’ gay athletes—John Amaechi, Jason Collins, Michael Sam—were black.”

“That Byron has now come out into the heart of men’s sports culture at an HBCU shows how far these men have come in the conversation,” Zeigler said in an email. “And as Byron said, now this was the first thing that mattered, and others would feel that they could be their true selves.” Courage is contagious.”

What is the highest GPA you can get?

In general, most high schools subtract (.3) for a minus grade and add (.3) for a plus grade, with a 4.0 being considered the highest grade. Read also : ‘Hurtful and abusive’: Florida teachers react to ‘don’t say gay’ law. Although calculating your average GPA is fairly easy on a 4.0 scale, you can always contact your school counselor’s office for a better estimate and results.

Is a 6.0 GPA possible? It depends on the scale Typically, high schools that use weighted GPAs opt for a 0-5 scale that makes 5.0 the highest possible grade. A GPA higher than 5.0 is rare, but the school credit system is occasionally structured so that students who take advanced classes can accumulate bonus points.

A 4.5 GPA indicates that you are in very good shape for college. You are most likely in high level classes earning As and high B’s. Read also : Gay couple beaten and bloodied outside Connecticut Gay Bar. 99.74% of schools have an average GPA below 4.5. You can apply to colleges and have a good chance of being accepted.

Is a 4.5 GPA a good grade? According to many institutions, a 5.0 GPA is considered the highest GPA you can achieve on the exam. So if you have a 4.5 GPA, it shows that you have a brilliant score. On a weighted scale, a 4.5 GPA equals 99%.

On a weighted scale, a strong GPA can range from 4.0 to 5.3â€”which indicates to colleges that you are taking challenging courses (Advanced Placement, Dual Enrolled, etc.) and maintaining A’s and B’s. To see also : Alison Esposito opens up as NY’s first openly gay lieutenant gov candidate. On an unweighted scale, a good GPA would could range from 3.0 to 4.3, which covers the A/B average values.

A perfect weighted GPA is 5.0, although most competitive colleges expect closer to 3.7 or higher. The average weighted GPA for ivy league schools is usually over 4.0.

What is considered good weighted GPA?

But in most cases, a weighted GPA of 3.5 is considered good and will at least get you into most major universities. A weighted score of 4.0 or higher is very good and will be an impressive part of any application.

Students in a weighted AP class receive a five-point weighted average for each of the four-letter grades: As, Bs, Cs, and Ds. As a result, a student who takes only AP classes and gets an A will have a 5.0 GPA.

What was the highest GPA ever?

Those subject grades are usually weighted and usually graded on a five point scale instead of a four, so if you get a âB that is equal to a 4.0 and an âAâ would give you a grade of 5.0. At some schools, Honors and Advanced Placement courses would be displayed on a 6.0 GPA format.

Typically, high schools that use weighted GPAs opt for a 0-5 scale that makes 5.0 the highest possible grade. A GPA higher than 5.0 is rare, but the school credit system is occasionally structured so that students who take advanced classes can accumulate bonus points. 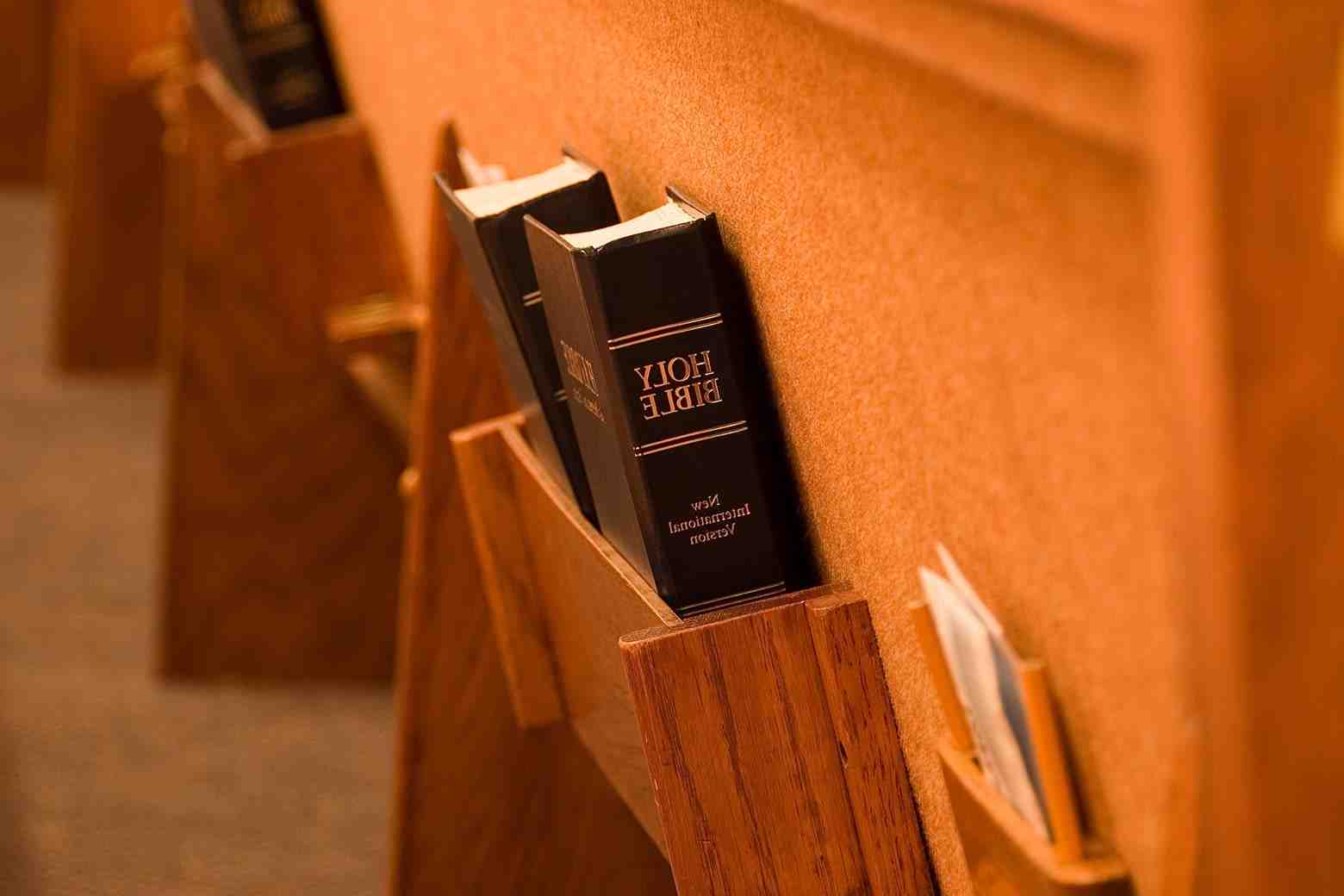 Read also :
Christian Academy Louisville homework: Persuade friends not to be women
LOUISVILLE, Ky. – An assignment was given to several elementary school students…

How many HBCU football programs are there?

Division and hbcu football programs There are 22 HBCUs in 4 different conferences in Division I football.

How many HBCUs are there on the list? There are 107 colleges in the United States that have been identified by the US Department of Education as Historically Black Colleges and Universities (HBCUs). Of those 107, three are currently closed.

How many HBCUs have athletic programs?

Listed Our 2022 rankings feature 24 HBCU colleges that offer athletic programs. The most athletic HBCU schools are located in North Carolina (6 schools), Mississippi (4 schools) and South Carolina (4 schools). The best sports program in the United States is offered by Florida Agricultural and Mechanical University.

What athletic division is the HBCU part of?

The Southwestern Athletic Conference (SWAC) is a collegiate athletic conference based in Birmingham, Alabama, comprised of historically black colleges and universities (HBCUs) in the southern United States.

Do HBCUs have sports teams?

There are football classics, fall basketball games and who can forget homecoming? Whichever campus you attend, HBCU sports are sure to be a source of pride and passion on campus, and HBCU Lifestyle is here to keep you updated on the latest in Black college sports.

Are there any HBCU that are D1?

How many HBCU athletic conferences are there?

What is the best HBCU for football?

The HBCU football rankings of the top five teams, coaches and players enter Week 6 of the 2022 season.

Are there any D1 HBCUs?

Which HBCU is a D1 school?

Are HBCUs in the NCAA?

Why are HBCUs not in NCAA?

Since the implementation of the APR metric, minority-serving institutions* — primarily historically black colleges and universities (HBCUs) — have been the primary teams barred from playing in postseason games for failing to meet APR minimums.

On the same subject :
A week of not so gay pride
Thanks for the Chattanoogan article drawing on comments expressed about “Pride Week”…

Who got drafted from HBCUs?

How many HBCU was drafted?

HBCUs and the Draft Between 1950 and 1959, there were a total of 45 NFL draft picks from HBCUs. Between 1960 and 1966, there were 166 in the AFL and NFL drafts. In anticipation of the AFL-NFL merger in 1970, the leagues consolidated their drafting activities into a joint NFL draft.

Has any HBCU players been drafted?

Did anyone get drafted from a HBCU?

FOUR. Joshua Williams was the first HBCU athlete to go off the draft board when the Kansas City Chiefs took him with the 135th overall pick in the fourth round.

On the same subject :
opinion | Using the word “queer” instead of “gay”
As a subscriber, you get 10 free articles every month. Anyone can…

Which HBCU has the most Pro Football Hall of Famers?

Jackson State is tied with Grambling (Willie Brown, Buck Buchanan, Willie Davis and Charlie Joiner), Morgan State and South Carolina State for the most Hall of Famers from HBCUs.

Which college has the most football hall of famers?

The number of NFL players produced by HBCUs declined after the 1990s, but there are signs that it is on the rise again as scouts pay more attention to those schools.

How many NFL Hall of Famers are from HBCUs?

Currently, there are 34 HBCU alumni from 17 different HBCUs in the Pro Football Hall of Fame. From the 1950s to the 1970s, many black players could not attend predominantly white schools to play football. Many players have turned to HBCUs, including NFL legends Jerry Rice, Walter Payton and Deacon Jones.

How many HBCU graduates are in the NFL?

Only 12 HBCU players have been drafted into the NFL in the last five years, the top pick being former Alabama tight end Tytus Howard, who was taken 23rd overall in the first round of the 2019 NFL Draft by the Houston Texans.

How many NFL players were drafted from HBCU?

I asked former Super Bowl MVP and NFL executive Doug Williams what he thought of the four players drafted from HBCU programs.

How many players from HBCU were drafted in 2022 NFL Draft?

Has any HBCU players been drafted?

How far is Disney from San Diego?

How do I get from Santa Monica to Disney?