For decades, several African countries have experienced ongoing outbreaks of MPXV, driven primarily by contact with animals and transmission within families. However, before last year, most people in Europe and North America had never even heard of the disease. This was until the current outbreak among gays, bisexuals and other men having sex with men.

Debates over the epidemiology of MPXV

In recent months, a controversy has raged over whether it is fair to say that the current MPXV epidemic primarily affects gay and bisexual men and that it is spread primarily through close personal contact, such as sex.

Metaphors Matter: Why Changing the Name “Monkeypox” Can Help to Curb the Discriminatory Language Used to Discuss It On the same subject : Florida textbook is backed by students protesting against “Don’t Say Gay” bill in photos.

As a social and behavioral epidemiologist working with marginalized populations, including gay and bisexual men, I believe it is important for people to know that men from sexual and gender minorities are the main victims of this MPXV outbreak. I believe this knowledge will help us end the epidemic before it connects to other communities.

For reference, over 90% of cases in non-endemic countries have been transmitted through intimate sexual contact and the vast majority of cases involve gay men. Very few cases are related to community transmission.

This may interest you :
Senate clears hurdle to move gay marriage bill toward final passage
The Senate on Wednesday cleared a major procedural hurdle in advancing the…

Non-sexual transmission is possible, and a considerable threat

Although these statistics are undisputed, some have feared that identifying sexual behavior as the root cause of current MPXV transmission could dampen the public health response. Read also : The US Senate is likely to delay a bill on gay marriage until September. Others have warned that linking MPXV to an already stigmatized community will worsen the stigma towards gay sex.

It is true that MPXV can transmit through more casual contacts and through fomites (inanimate objects on which some microbes can survive, such as sheets, towels or tables).

This may interest you :
‘RHOA’ review: Drew’s assistant is said to be spreading homosexual rumors about her husband
Drew Sidora’s assistant, Anthony, has shared a rumor that her husband, Ralph…

However, months after the current outbreak, we have not seen these pathways emerge as important transmission routes. See the article : Monkey rash is not ‘Gay Disease’. This may be due to changes in MPXV’s fundamental transmission dynamics or improved cleaning procedures implemented in response to COVID-19 in places such as gyms and restrooms.

Informing the public about MPXV is important because public opinion plays an important role in shaping public health policies, such as who has access to vaccines and what interventions are used to stop disease transmission.

A recent study by my team aimed to demonstrate the importance of public health education by asking Canadians to participate in a discrete choice experiment.

We asked participants to choose between two hypothetical public health programs through eight head-to-head comparisons. The descriptions for each hypothetical program identified the number of life years the patients gained, the health conditions it targeted, and the population it was adapted for.

From our analyzes of this data, we have learned a lot about how the public wants money to be spent on public health and how their knowledge and prejudices shape these preferences. There were five main takeaways:

People preferred interventions that added more years to the participants’ life expectancy. In fact, for a marginal life year gained, there was a 15% increase in the likelihood of participants choosing that program.

We found that people tended to favor interventions focused on treatment rather than prevention. While this approach is emotionally intuitive, large bodies of evidence suggest that it is more cost effective to prevent disease than to cure it. As the old saying goes: An ounce of prevention is worth a pound of cure.

People generally preferred interventions for common chronic diseases – such as heart disease, diabetes, and cancer – and were less likely to favor interventions for behavior-related conditions, such as sexually transmitted infections.

People generally preferred programs focused on the general population over those tailored to key marginalized populations. In fact, people were less likely to prefer interventions tailored to sexual and gender minorities.

The bias against behavioral and tailored interventions for key populations was overcome when the programs addressed a health condition that was widely recognized as being related to the population to which the program was adapted. For example, people were more likely to support interventions for sexually transmitted infections when these interventions were tailored for people engaged in sex work or for gay and bisexual men.

This study highlights why it is important to educate the public about health inequalities. People are smarter, more pragmatic, and more compassionate than we give them credit. If we take the time to share evidence with them about the challenges stigmatized communities face, they will be more willing to support policies and efforts to address these challenges.

Ending MPXV quickly is critical, especially as the virus has the potential to evolve in ways that could make the disease more contagious. Protecting gay and bisexual men first, protects everyone. 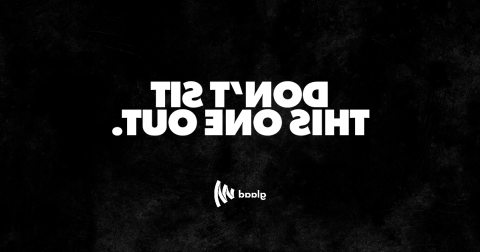 To see also :
Congressman and anti LGBTQ past trying to win over gay voters
Ken Calvert has held his seat in Congress for 30 years, partly…
0
Share

What is there to do in Palm Springs in August?

How many days do you need in San Diego?