The Florida Senate on Tuesday passed a bill that would ban “classroom discussions about sexual orientation or gender identity” in the state’s elementary schools. The measure, dubbed the “Don’t Say Gay” bill by its opponents, passed the state House last month and now goes to Republican Governor Ron DeSantis, who has previously expressed support for it.

“This will jeopardize the safety of our LGBTQ students and teens,” Senator Annette Taddeo, a Democrat, said during Tuesday’s debate. “We’re not going to stop until this state moves forward and really values ​​everyone in it, everyone, regardless of their sexual orientation.”

The Parents’ Rights in Education bill, which passed both legislative bodies largely along partisan lines, added fuel to the latest American culture war, which has put students in the crosshairs with a combination of book bans, removals of LGBTQ Pride flags and LGBTQ-targeted bills. Youth. The measure even caught the attention of international newspapers, Hollywood actors and the White House.

Supporters of the bill say it is about allowing parents control over their children’s education, while opponents say it unfairly targets the LGBTQ community.

“This bill tells parents that their right to raise their children does not end when they enter a classroom. This bill recognizes that parents are not the enemy,” Republican Senator Danny Burgess said ahead of the 22-17 vote on Tuesday. “The bill simply says there should be an age limit for certain discussions, it’s not a new concept, nor is it radical.”

The measure prohibits “classroom instruction by school staff or third parties about sexual orientation or gender identity” in kindergarten through third grade. It also prohibits such teaching “in a manner that is not age-appropriate or developmentally appropriate for the students,” which critics say could be interpreted as extending to all levels of education. Parents can sue school districts for alleged violations.

In an emotional speech to the Senate Monday, Democrat Shevrin Jones, Florida’s first openly gay state senator, urged his colleagues to restrict the bill’s language to say that the instruction should not be “intended to change sexual orientation or student’s gender identity.

“I ask you to open your hearts a little bit,” he said, noting the name-calling and rejection he faced as a gay man. “Please don’t hurt.”

Last week, Florida students staged school strikes in protest against the bill, which they condemned as the state’s latest measure to limit the rights of LGBTQ students.

“The language and supporters of the bill and the rhetoric surrounding the bill really show what this bill is all about, and it is an attempt to hurt queer people like me,” said Jack Petocz, a high school student. Petocz, who organized the statewide protests through social media, told NBC News he was suspended “indefinitely” for handing out 200 Pride flags for the rally after being advised not to do so by the director.

The fate of the project now rests with DeSantis, who signaled his support for the measure for at least the second time when questioned by a reporter on Monday.

“We’re going to make sure parents can send their kids to kindergarten without having some of these things injected into their school curriculum,” he said.

Education Secretary Miguel Cardona condemned the project in a statement on Tuesday. He said parents are looking for national, state and district leaders to support students and help them recover from the pandemic by providing academic and mental health support.

“Instead, Florida’s leaders are prioritizing odious bills that harm some of the most needy students,” Cardona said. “The Department of Education has made it clear that all schools receiving federal funding must follow federal civil rights law, including Title IX protections against discrimination based on sexual orientation and gender identity. We stand with our LGBTQ+ students in Florida and across the country, and we ask Florida leaders to ensure that all of their students are protected and supported.”

If DeSantis signs the law, it will go into effect on July 1.

Why is LGBT History Month in February?

LGBT History Month was initiated in the UK by Schools Out UK and first took place in February 2005. On the same subject : What Florida’s “Don’t Say Gay” Act Actually Says. The event aims to raise awareness and tackle prejudice against LGBT people and history.

Why is LGBT History Month celebrated? The purpose of the commemorative month is to recognize the impact that lesbian, gay, bisexual and transgender individuals have had on local, national and international history. In 1994, a coalition of education organizations across the United States designated October as LGBT History Month.

What is the difference between pride month and LGBT History Month?

Pride Month is dedicated to the observance of community visibility and the movement towards equality, while LGBT History Month is an observance of the history of gay rights and related civil rights movements. This may interest you : The Biden administration is meeting with Florida LGBTQ students on the “Don’t Say Gay” bill..

Why is LGBT History Month in October?

What is the difference between pride month and Lgbtq History Month?

The holiday is celebrated in June to commemorate the Stonewall Riots of 1969. On the other hand, LGBTQ History Month is meant to teach about historical figures and their contributions to the world.

LGBT Pride Month takes place in the United States to commemorate the Stonewall riots, which took place in late June 1969. As a result, many pride events are held during this month to recognize the impact LGBT people have had on the world. Read also : The Louisiana version of the “Don’t Say Gay” bill would ban talk of LGBTQ problems in the classroom. Three US Presidents have officially declared Pride Month.

This may interest you :
Lesions, headaches, debilitating pain: Gay men with coin prick share their stories
Even as Covid-19 restrictions eased, for many gay men, an uninvited guest…

Who created the Lgbtq flag?

This dates back to 1978, when artist Gilbert Baker, an openly gay man and drag queen, designed the first rainbow flag. Baker later revealed that he was urged by Harvey Milk, one of the first openly gay elected officials in the US, to create a symbol of pride for the gay community.

What does this flag 🏳 🌈 mean? This particular flag is used to represent the LGBTQ community and is used to express pride in this community. Both the royal flag and the emoji depicting it are often called the Pride Flag. 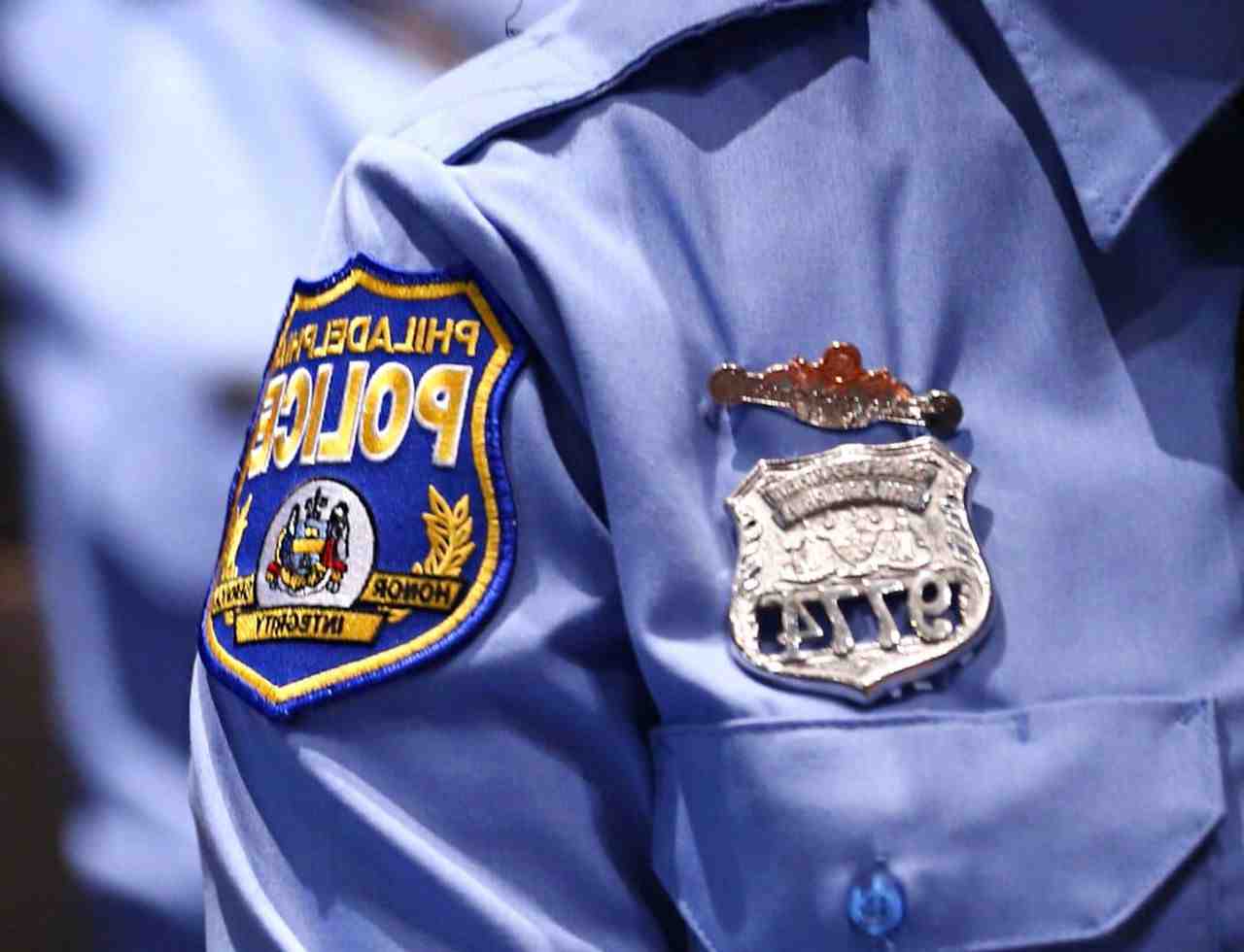 What does straight ally?

What does ally mean in Lgbtq+? An ally is someone who defends, supports and encourages those around them. It is a term that is used a lot in the LGBTQIA community. In this case, it refers to someone who is heterosexual and/or cisgender, but who tries to make the world a better place for people who identify as LGBTQIA.

What is the straight ally flag?

The Straight Ally flag is using the black-white “colors” of the straight flag as a field, it adds a large rainbow colored “A” (for “Ally”) to indicate direct support for the Gay Pride/Equal Marriage movement.

What is the meaning of the straight ally flag?

What is the straight color?

The term pure color means a color additive listed in parts 73, 74 and 81 of this chapter and includes lacquers and substances permitted by the specifications for that color.

‘Straight Ally’ is a term used to describe straight people who believe that lesbian, gay and bisexual people should experience full equality in the workplace.

What does the straight ally flag represent?

There is a variation known as the straight allies flag, which represents straight people who support the LGBT community. It combines the black and white straight flag with the rainbow LGBT flag.

What does Ali mean in Lgbtq?

An ally is anyone who supports equality and justice for LGBTQ individuals and their families.

What is a rainbow ally?

Rainbow Ally aims to support LGBTQ inclusion and equality in the workplace by helping non-community employees become allies. Rainbow Ally aims to increase knowledge, create understanding and equip people outside the LGBTQ community to be allies with peers who identify as LGBTQ.

What does being an Lgbtq ally mean?

What is a straight ally pin?

Perfectly sized as a lapel pin or as a small ornament to subtly show your support for your LGBT friends and family! This flag design is also known as the straight flag of the ally, combining the black and white colors of the straight flag with the rainbow colors in an “A” for “ally”!

What is an ally badge?

The ALLY emblem can be worn on clothing, attached to your lanyard, or attached to desktop petitions, bulletin boards, or textbooks. The Ally Pin is 2cm in diameter x 1cm in height.

To see also :
In Cleveland, They’re Cooking Up a Gay Neighborhood From Scratch
Cafeterias, cooking classes and gardening are important parts of the effort to…

LGBT Pride Month takes place in the United States to commemorate the Stonewall riots, which took place in late June 1969. As a result, many pride events are held during this month to recognize the impact LGBT people have had on the world. Three US Presidents have officially declared Pride Month.