In a landmark ruling, the Barbados High Court yesterday handed down an oral ruling decriminalizing consensual same-sex relationships. The written judgment will be issued at a later stage.

Barbados becomes the third Eastern Caribbean country in 2022 to strike down discriminatory legal provisions and decriminalize gay sex, after Antigua and Barbuda and Saint Kitts and Nevis.

Barbados’ Sexual Offenses Act 1992 sanctioned “sodomy” up to life imprisonment and “gross indecency” up to 10 years’ imprisonment. Both crimes were believed to criminalize consensual same-sex conduct and were relics of British colonial law.

While laws criminalizing same-sex intimacy in the Caribbean are rarely enforced, they are broad in scope, vaguely worded, and serve to legitimize prejudice and hostility against lesbian, gay, bisexual, and transgender (LGBT) people. A 2018 Human Rights Watch report documented discrimination, violence and prejudice against LGBT people in seven island nations in the Eastern Caribbean, including Barbados, which criminalized gay sex.

In the English-speaking Caribbean, the Supreme Court of Belize in 2016 was the first to find laws criminalizing same-sex intimacy unconstitutional. The Trinidad and Tobago High Court followed suit in 2018.

However, six Caribbean countries still have versions of “sodomy” and “gross indecency” laws on the books: Dominica, Grenada, Guyana, Jamaica, Saint Lucia, and Saint Vincent and the Grenadines – outliers in the Western Hemisphere, where most Some countries have decriminalized same-sex conduct. At least 66 countries around the world still criminalize gay sex.

In a December 2020 decision, the Inter-American Commission on Human Rights called on Jamaica to repeal laws banning gay sex. The Organization of American States also urged all countries to “prevent, punish, and eradicate” discrimination based on sexual orientation and gender identity.

The criminalization of same-sex intimacy violates international norms and standards, including the human rights to privacy and to protection from arbitrary and unlawful interference with or attacks on one’s private and family life, reputation or dignity. The UN’s independent expert on sexual orientation and gender identity looked into the matter further.

The Barbados court did the right thing. Now is the time for other governments to respect people’s right to privacy and strike down discriminatory privacy laws.

Who was the first part of the LGBTQ+?

24th century BC c. 2400 BC â Khnumhotep and Niankhkhnum are believed to be the first same-sex couple in history. This may interest you : ‘Countless Lives Damaged’: The Dark History of Gay Conversion Practices in the UK. 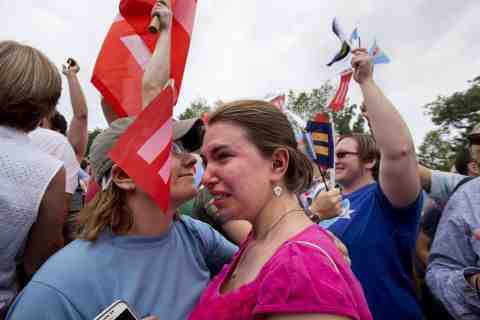 Who is the first LGBT in the world?

c. 2400 BC â Khnumhotep and Niankhkhnum are believed to be the first same-sex couple in history. This may interest you : Chicago gay bars get their due.

See the article :
A dog abandoned because he is “gay” is adopted by a same-sex couple
A dog that made national headlines this month after being abandoned by…

Who was the first Lgbtq Disney character?

Strange World, released on November 23, 2022, features Ethan Clade, who is the first gay lead in a Disney animated film. This may interest you : Anti-LGBTQ education laws, including ‘don’t say gay’, went into effect. Ethan Clade is voiced by gay comedian Jaboukie Young-White.

Who was the first LGBTQ Marvel character? As the first major openly gay character created by Marvel Comics, Northstar generated significant publicity in the mainstream press, and Alpha Flight #106 sold out within a week, although the series was not a very popular title. It is the only comic issue to be inducted into the Gaylactic Hall of Fame.

To see also :
“Our existence is illegal.” As Moscow tightens anti-gay law, LGBTQ Russians fear for the future
Editor’s Note: If you or someone you know is struggling with suicidal…
0
Share

Does Netflix have Palm Springs?

Do they get out in Palm Springs?